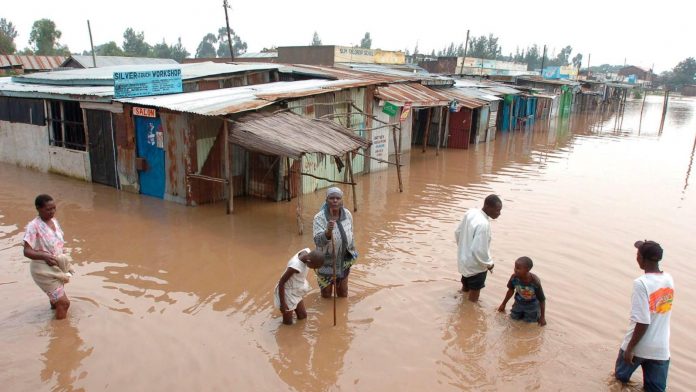 Abdoulie Ceesay, National Assembly Member for Wellingara has calls on National Disaster Management Agency (NDMA) and Brikama Area Council (BAC) to act following a heavy down pour rain causing flooded Old Yundum, and Nema Kunku to avert this from happening in the future.

According to residents in Nemakunku many families lost valuable materials, clothes and food items and worst of all the flood make it impossible for people move  about or even go to market to food  to feed their kids.

Nemakunnku population is estimated to be more than 25,000 inhabitants, almost every year homes and families used to be affected by flood, the residents added

However, Ceesay, told The Voice that the residence of Nemakunku situated in the Old Yundum constituency West Coast Region are faced with a heavy flood making it difficult for people to move around in the community.

“The office of the MP and the Councillor are very much aware of this disturbing circumstance and has taken step in making sure that the relevant authorities (NDMA, BAC) are informed and act accordingly to avert this from happening in the future,” he said

He noted that he is very much confident that the minister of Work will conduct a comprehensive survey that will inform the technicians the relevance of urban planning.

“Our country needs that positive step to help every community from being a victim of flood, I sincerely express concern over this situation and urge stakeholders, donor agencies and philanthropies to come forward and help the people of Nema,”