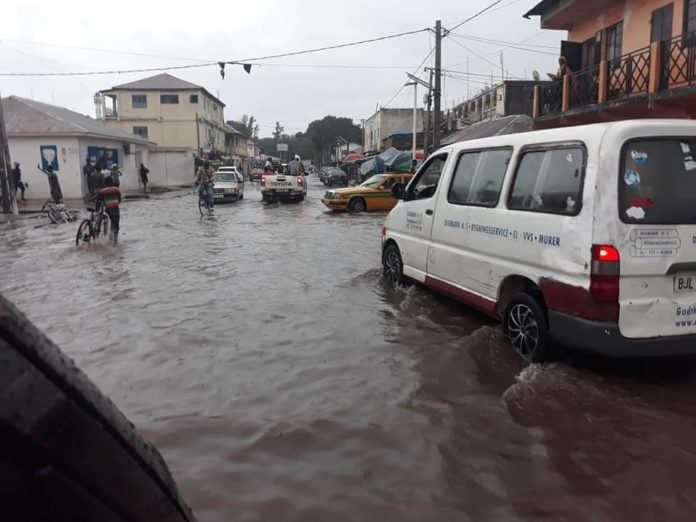 The Executive Director of National Disaster Management Agency has linked flooding during rainy seasons in the country to poor engineering works by National Road Authority.

Speaking to The Voice in an interview, Sanna Dahaba disclosed that “from Westfield to Churchill’s Town when it rains the place look terrible and all of that is due to the result of engineering failure.”

He urged the National Road Authority to work towards addressing ‘poor engineering’ that would help to reduce the amount of flooding during rainy seasons.

He however said his Institution took precautional measures after receiving warning information from the weather forecast about this year’s rainy season, as his institution started engaging development stakeholders with sharing information.

The Executive Director advised settlers to desist from settling on areas prone to flooding and adhere to the regulations of the department of physical plan.

He noted that this would affect measurable and immeasurable incomes saying “which causes a serious economical challenge as a family.”

According to him, “last year we visited so many places that were affected by flood but in some areas, people are still extending to the river side and we strongly advised them not to settle in such areas. It is not our mandate to tell people not to settle in such areas, physical planning should take their rightful positions and make sure that they advise people to avoid those areas because whenever it rains it will definitely flood and the impact will over flow to NDMA.”