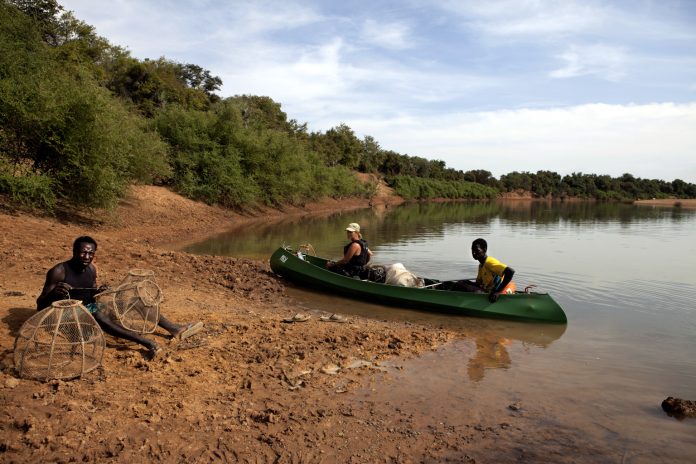 Banjul, 6 – 12 May 2018 – The UNESCO Regional Office in Dakar will support the National Disaster Management Agency (NDMA) to organize a community and school outreach awareness raising program on flooding, in the riverine communities of Jarra Soma and Basse, in the Lower River Division of the Gambia, between 8 and 12 May 2018.

Jarra Soma and Basse in the Lower River Division of the Gambia suffer from constant flooding due to their proximities to the River Gambia. The Gambia’s vulnerability to climate change effects is due to its low land nature with diminishing forest covers and proper containment for mitigating against the impacts of flooding. From 2010 to date, most parts of the country have been experiencing extensive flash flooding with less or no resilient capacities to cope. This has severe consequences on education, community health and livelihoods.

In 2010 for instance, flash flooding resulted to the declaration of a State of National Emergency. This disaster directly affected led 2673 families. The total number of persons affected was 35,000, including 13 deaths. Cognizant of the Gambia’s population size, these figures are considered very high.
Subsequent years equally experienced similar effects of flash flooding across the country. In 2015, the number affected by disasters was 5,757 persons, in 2016 the number was 15,190 persons affected and in 2017 over 28, 472 were affected by hazards, floods being the most common.

To mitigate the risks stemming from natural hazards such as floods, those at risk must be informed of dangers and the protective measures available, and well versed in the skills of prevention and resilience.
The activities to be conducted comprise of training workshops on community hazard identification and mapping focusing on flooding, training activities on community physical planning and resilient construction, radio and other media sensitization activities on the prevent of floods and other hazards around the surrounding. In addition, school-based simulation activities focusing on child protection and security will be conducted. The NMDA will introduce schoolchildren to the idea of disaster risk reduction and train them to identify community hotspots to flooding, factors and consequences and the broad teaching and mentorship on environmental conservation. Community-based activities will consist in a practical identification of risks and the mapping of community resources to mitigate such hazards.
UNESCO has a vital role to play in constructing a global culture of disaster preparedness and mitigation.
The Organization is closely involved in the conceptual shift in thinking away from post-disaster reaction to pre-disaster action. Disaster reduction emphasizes the crucial role of human thought and action in the minimization of risk.