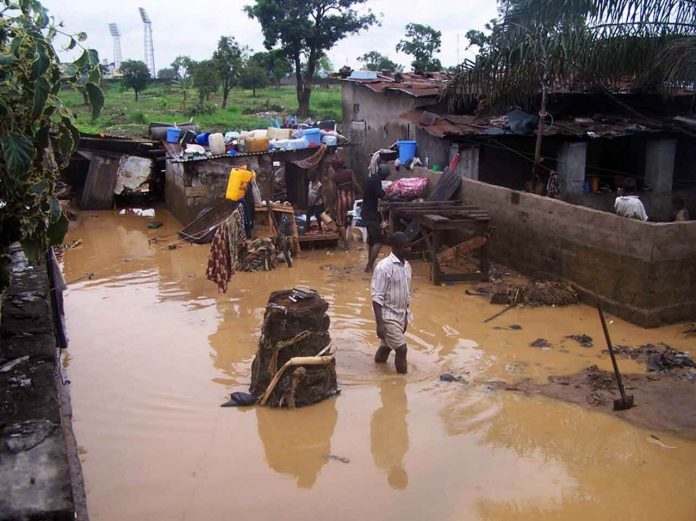 The Gambia is several thousand Miles from the United States. However, the tiny Nation is currently facing a similar global warming disaster through the powerful Hurricane Harvey which hit the Southern States of Texas causing massive evacuation and Disaster relief mobilization by the United States government. In Contrast Gambia’s provincial town of Kuntaur and its surroundings experience a similar flooding and the entire village is buried in heavy down pour of rain. Kuntaur town is situated on the river bank which also contributed to the flooding.

The local town residents evacuated themselves to any high rise banks to rescue themselves and their families. As can be seen in the pictures above & below, beds, mattresses, furniture and virtually everything is seen floating in the water. Residents are desperate and are calling for any kind of help they can get from good Samaritans of the world. Citizens from Kuntaur, surrounding area Niani have created a gofundme account to send immediate help to the village. It is also reported that other areas of the Gambia are also suffering from floods.

Unlike the United States where massive mobilization of disaster relief and rescue is coordinated, the residents of Kuntaur and other flooded areas have not seen any sign of rescue from their local or national government. The flood is so devastating it threatens to permanently wipe out an entire town into ruins. It is an open secret that the sanitary system in these local areas are below standard in many homes and as a result, there is high risk of outbreak of diseases such as Malaria, Cholera and other diseases. The people of Kuntaur are appealing to the government  of the Gambia and good citizens around the world to come to their rescue.