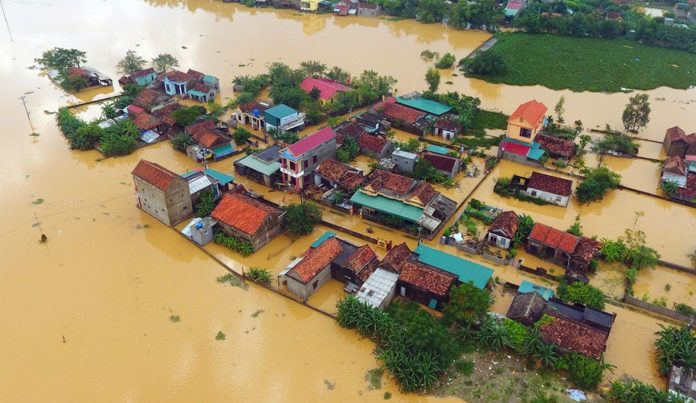 The roads in the Kanifing Municipality on Wednesday morning was inundated with water from the downpour of rain.

Dozens of vehicles were seen queuing on the Kombo Sillah Drive (Serrekunda-Tabokoto highway) near Churchill’s town. The morning commuters who were rushing for work were seen holding their shoes and lifting their dresses and trousers above their knees struggling to penetrate the water to go about their businesses.

Drivers and passengers who were plying the highway lamented the flood, and they attributed this to the poor drainage system.

Drivers who frequently use the roads lamented that whenever it rains heavily, they always face a lot of challenges in the traffic especially around Churchill’s Town where the water used to cover the tyres of their vehicles.

Passengers also narrated the difficulties they face in finding vehicles whenever it rains. Most of them said they end up paying for ‘town trips’ which is expensive.

Ousman Minteh a taxi driver told this medium that he has been a frequent user of the said highway, and they have been encountering similar problems over the years.

“I think the way the road is constructed is not good, it does not have the topography that will enable water to run fast whenever it rains,” he said.

Minteh said whenever the rain meets him at home, he would not go out because of the condition of the roads.

“It is not the fault of the drivers to increase fares whenever it rains or go in for only town trips,” adding “the reason is that the traffic is always congested and we harvest less when one follows the normal traffic routes,” he said.

Isatou Camara, a vendor at Serrekunda Market believes that the reason for the stagnant waters is due to the bad drainage system.

“The gutters along the high way are meant to ease water passage, but these gutters are filled up with other things that did not allow water to pass,” he said.

Madam Camara added that it is the responsibility of the Government to take care of those gutters to ease the flow of water, especially whenever it rains heavily.

Meanwhile, some Market vendors raised similar concerns over the challenges they face whenever it rains.

“Customers find it very difficult to reach us,” a vendor narrated. She added: “they usually stop at the entrance of the market, do their shopping and go home,” she disclosed.