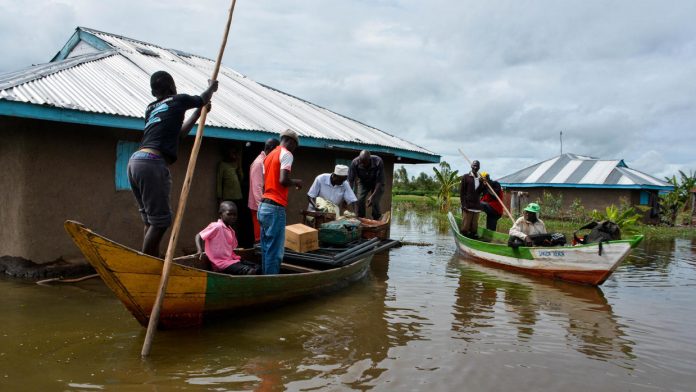 Dr. Dimitri Sanga, Director for UNESCO West African Office has unveiled that in 2016, 24.2 million people had vacated their homes and over the past 20 years more than 1.3 million people die as a result of disaster

“In 2016 alone 24.2 million people had to leave their homes because of disaster. Over the past 20 years more than 1.3 million people had die due their vulnerability and exposure to natural hazards. Women and children bearing a heavy toll,” he said during the launching of India-UNESCO Development Fund Project.

Speaking further he said in the last two decades over four billion persons has been displaced and let all these disaster victims injured or in need of emergency and assistant.

“In fact, disaster leads estimated economic loss of around $300 billion worldwide. This figure is likely to increase with the rising pressure of climate change, over population and urbanization,” he said.

According to him, the Gambia has experienced disaster over the past years such as flooding that led to the loss of lives and properties worth hundreds of thousands dollars.

He said the government has share the idea that the project (India- UN Development Fund Project) must look at the available technology to improve responds of flood disaster situation through the use of drone and early warning system.

However, the expert said hence the country is about to use technology to help in building more efficient respond to disaster; therefore, officials should know that effective and sustainable disaster risk prevention requires the combination of indigenous practice and knowledge.

“We cannot afford to ignore knowledge available to ask instead must spend on integrated knowledge and expertise wherever they may be found.

He called on partners and the Gambia government to promote the global vision saying it’s key to build societies that are more resilient.

“UNESCO is advocating risk awareness such as prevention and preparedness for disaster. We operate at the interface between the natural and social scientist, education, culture and communication to reduce exposure and displacement through capacity building, knowledge sharing, networking, early warning and policy advice.”

Director Sanga said UNESCO will unite with the Gambia government to reduce the impact of disaster in the country, saying this would be translated to concrete public policy to ensure the implementation of the Sendai Frame for Disaster Risk Reduction, 2030 Agenda for Sustainable Development and the Paris Climate Agreement.